What Do You Get When Mixing Automotive with Fine Arts? 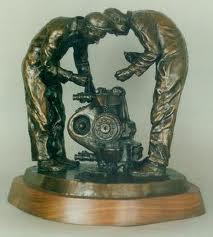 In recent decades,  automobiles have been increasingly accepted in the mode of fine art. It was in 1984 that a handful of artists formed what is known as the Automotive Fine Arts Society (AFAS). One of the greatest objectives of the society is to raise the level of acceptance and appreciation of automotive art; the founders of AFAS sought to bring together both cultures of serious fine art and automotive.

AFAS set up their first art exhibit in 1986 at the Pebble Beach Concours d’Elegance where their showcase was applauded by audiences. Every year since then AFAS has appeared with their art exhibit at Pebble Beach. This group that first started out with only six artists has now reached a membership of 32 artists. One member that Schnell is particularly fond of is Lawrence (Larry) Braun.

Larry was raised in Colorado and inspired by parents of architecture and craftsmanship. A sculptor that works with steel, resin, and bronze, he started out with artworks of wildlife. It wasn’t until he owned rare Glockler-Porsche racer that he made his first automotive piece: Trackside Diagnosis (1978). This piece was created also with the influence of Julian Weitmann's 1960 Le Mans photograph of two mechanics working on a Carrera engine (Storz and Schmitt). From that point on Larry's interests and workings in auto art skyrocketed.

Larry and his other comrades of AFAS will have a collection of their art pieces on display this Sunday (8/17) at the Pebble Beach Concours d’Elegance. A Concours ticket is required to be admitted, so if you happen to have one, catch the Automotive Fine Arts Society exhibit anytime from 9am to 4:30pm! 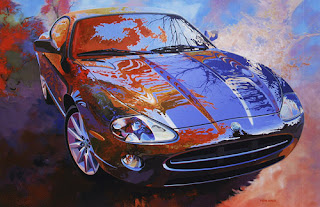 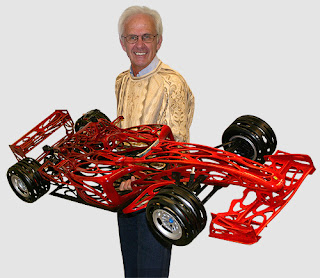 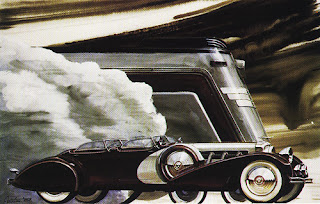 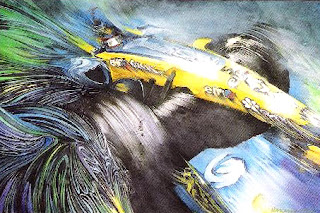 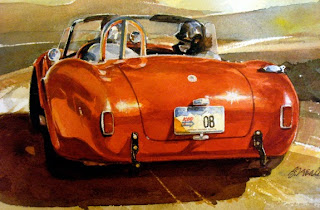 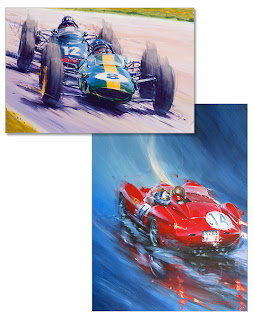 http://www.pebblebeachconcours.net/pages/about-events-auctions/index.htm#automotive_fine_arts_society_exhibition
Posted by Unknown at 4:59 PM