So you purchased a half or full set of our wheel spacers to make your car look meaner and have a wider track, but aren't quite positive about how to install them? Then this guide is for you. 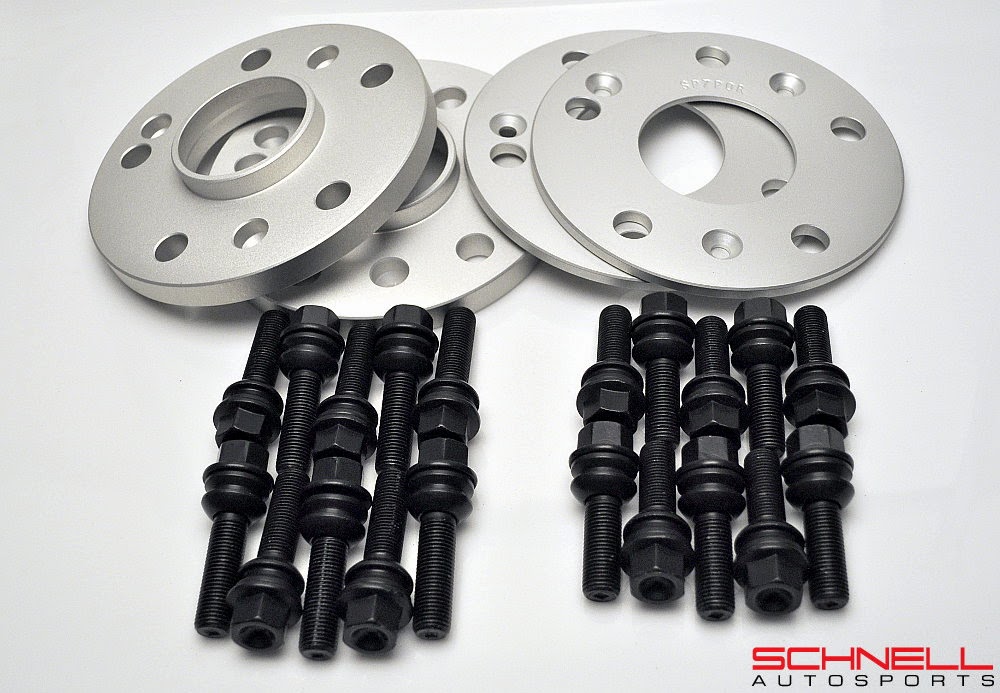 Wheel spacer installation is a fairly simple process on paper: take off your wheel, remove the rotor screws, put the spacer on, install the rotor screws, and then put the wheel back on. At the most basic, that's all it is.

Before you get started, gather up your tools and parts, which comes down to "something to take off the wheel and put it back on", and "something to remove/install the rotor screws". Make sure that you check in your manual what the correct torque specs for your lug bolts are first, and then make sure your torque wrench is able to actually go to that spec. For the 981, the torque spec is 160Nm (118 ft/lb), which can be higher than what the average torque wrench is capable of reaching. 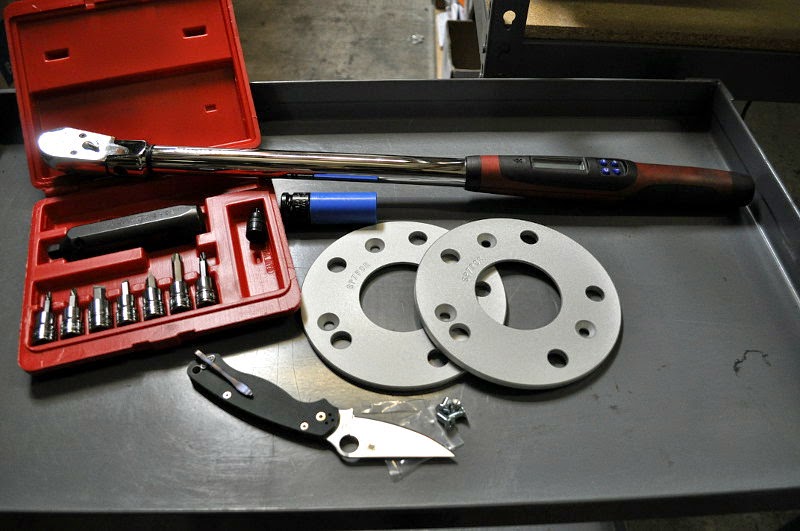 How you go about removing your wheel is entirely up to you and the tools/facilities you have at your disposal, so we won't delve into that beyond telling you to make sure that you do it safely, both for yourself and your car.

If you're using an impact wrench (pneumatic or otherwise), we highly suggest using a padded impact socket to protect your wheels from potential damage.

With the wheel off, you should now be able to see the two rotor screws. 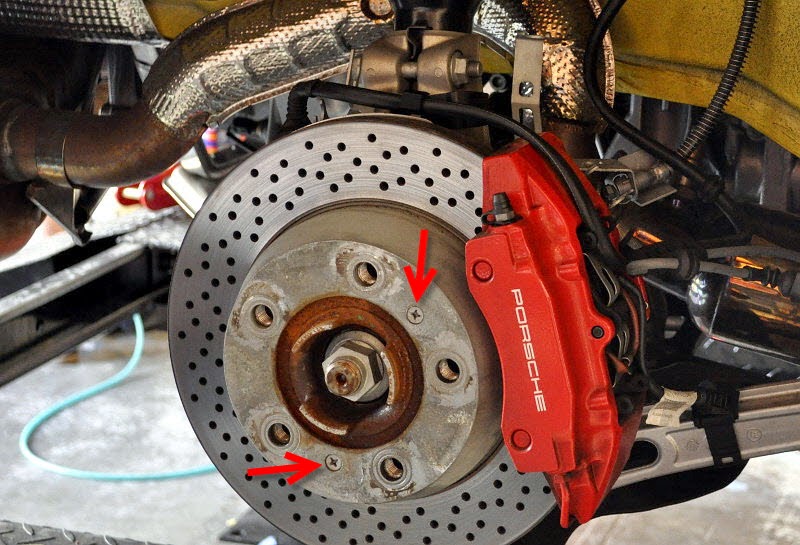 The necessity of rotor screws is often discussed, and we fall squarely into the camp of "they aren't really needed". Rotor screws aren't there to secure the rotor to the hub (just installing the wheel properly will do more than an adequate job of that), but to keep the rotor from rotating around at the factory during assembly. Many people remove the rotor screws when they get the chance, as moisture, heat, and time have a tendency to make those screws hopelessly seize up, which can lead to the heads stripping, which then necessitates a screw extractor to remove what's left.

Whatever your opinion is, you'll want to use a manual impact driver to remove the rotor screws. If you try to use a regular screwdriver and twist them off, you run a very high risk of stripping the heads and putting yourself in the previously mentioned situation.
The spacers are hubcentric, so the center hub bore will fit perfectly over the raised lip of the hub center. This is especially useful when going to put the wheel back on the car, as you won't have to worry about the spacer slipping downwards and making the holes not line up. With the spacer situation on the hub, just rotate it around until you find a position where the spacer holes align with the lug holes. If you choose to install rotor screws, make sure the holes line up for that as well.

Our 7mm spacers come with new rotor screws, so if you are going to use rotor screws, we suggest you use those instead of your old ones. As with removal, we strongly suggest the use of a manual impact driver to install the screws, as corrosion/dirt in the screw holes on the hub may prevent you from easily installing them by hand (as well as preventing the stripping of the heads).

With the spacers installed, it's simply a matter of putting your wheel back on. If you have a lug bolt guide tool/lug hanger, the process is even easier, as you don't have to try and wrestle the wheel on while hand starting the lug bolt. Please note that all of our spacers come with longer lug bolts. Do not reuse your original lug bolts, as there are now fewer threads to engage the hub due to the increased distance between the wheel and the hub (hence the provided longer lug bolts).

Once you have all the bolts on snug and the car back on the ground, make sure you tighten your lug bolts to the correct torque spec as specified in your owner's manual.

After you've done all 4, you can give yourself a pat on the back for a job well done, and go admire your car's more aggressive new look.
Posted by Unknown at 2:36 PM