Installing A Center Radiator On Your 981 Boxster/Cayman - Part 1: Face/Off - Removing Your Front Bumper

For most 981 Boxsters and Caymans, the stock cooling system is adequate enough for day to day use with the occasional romp on the loud pedal.

However, if you have a highly modified 981, live in hot climates, or like to take your car out for track days or otherwise extended "fun" driving sessions, you might find your coolant temperatures going up to a level that's too close for comfort.

The stock radiators are two units located on the left and right side of the car, and by adding an additional 3rd radiator to the center of the bumper, you increase your cooling capacity and ability (as well as extra peace of mind in hot weather).


Before you can get to installing a third radiator though, you first have to get that bumper off, which might seem like a painstaking process at first, but as long as you know where everything is, it shouldn't be that difficult. Like many of our installations, having access to a lift is always nice but not necessary, and you might want to have someone to help you when it comes time to actually remove the bumper.

Our Cayman came equipped with Porsche's adaptive cruise control system, which puts a radar sensor in the center of the bumper's center opening, which provides some additional challenges that will be addressed later.
The first step (asides from emptying out your frunk), is to remove the four black plastic covers from the front of the car that tidies up the area underneath the hood.

All of the covers are only held in via clips, and can be just pulled off with firm tugs. Take care to only pull straight up though, as it is possible for the clips to fall off or get damaged. We've already shown you how to remove the largest plastic cover that hides the strut towers, battery, etc in the 991 strut tower bar installation entry (it's the same process for the 981), and the other three are also removed via the same method. 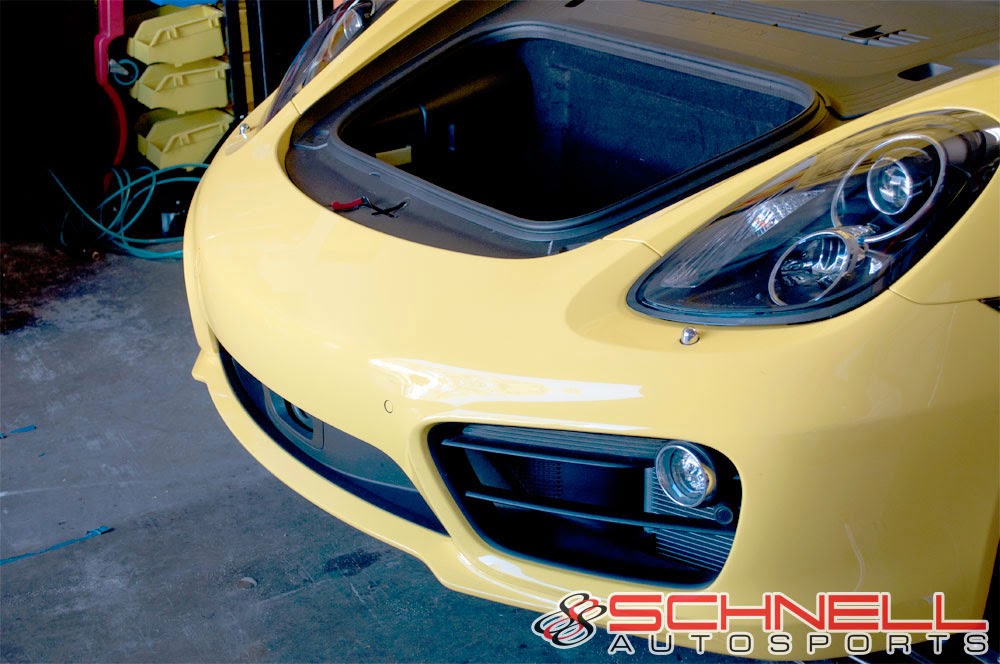 We also opted to remove the headlights. While perhaps not totally necessary to do, we felt that doing so would prevent them from possibly being damaged during the bumper removal process, and it also made removing the sidemarkers much easier to do.

Check out our previous blog entry on removing your 981's headlights to get a quick rundown of the process (it's fairly simple, and your car already comes with the tools needed to do it).

With the headlights removed, you can pop the sidemarkers out as well, before moving on to removing the screws that attach the bumper to the car 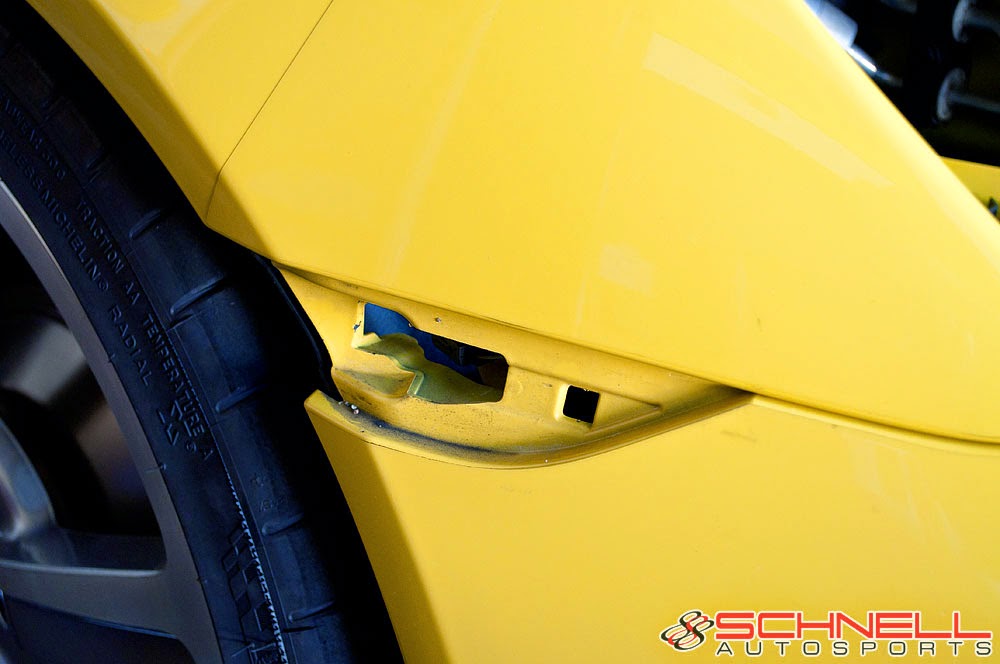 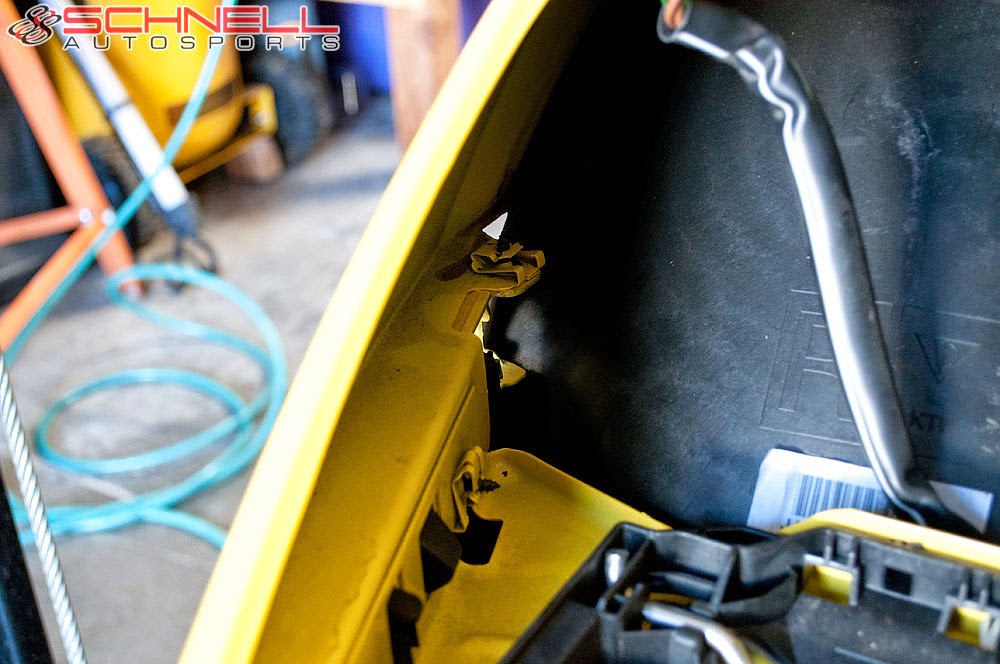 There are surprisingly not too many screws to deal with (the screws are all either T30 or T25 Torx, as well as two clips), and potentially the most difficult part of the bumper removal process is freeing up the wiring harness in the front of the bumper for the fog lights and parking sensors (if so equipped).

There are three screws located at the top of the bumper, near the hood release latch. 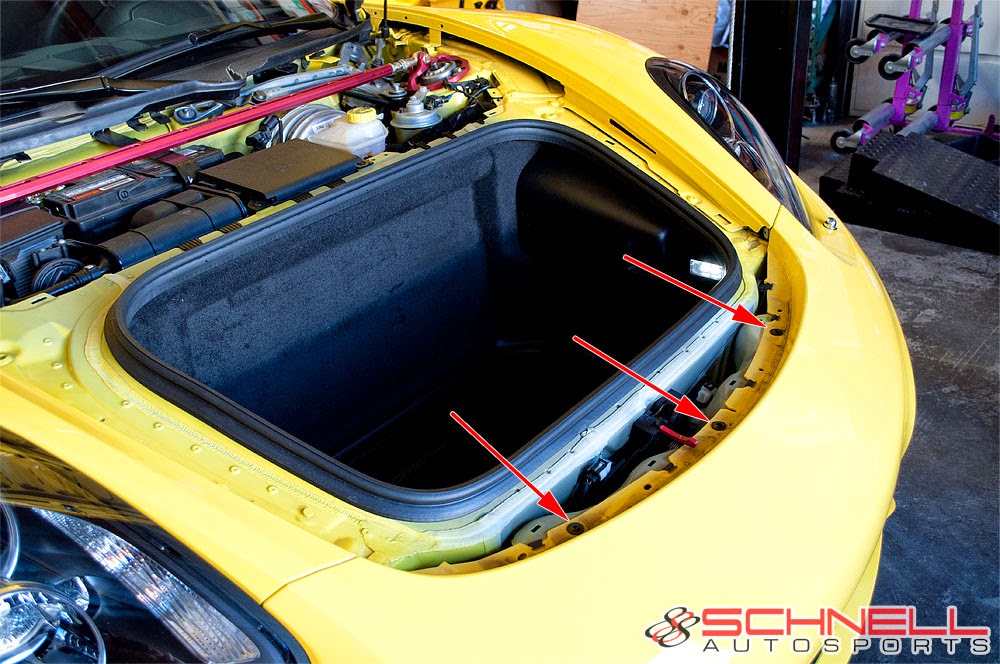 There are two screws located on the trailing edge of the bumper in the fenderwell area. You may have to turn the wheels to either side to get more access to them.

With those two screws removed, you can then remove the screw at the top corner of the bumper that is otherwise hidden by the fender lining. 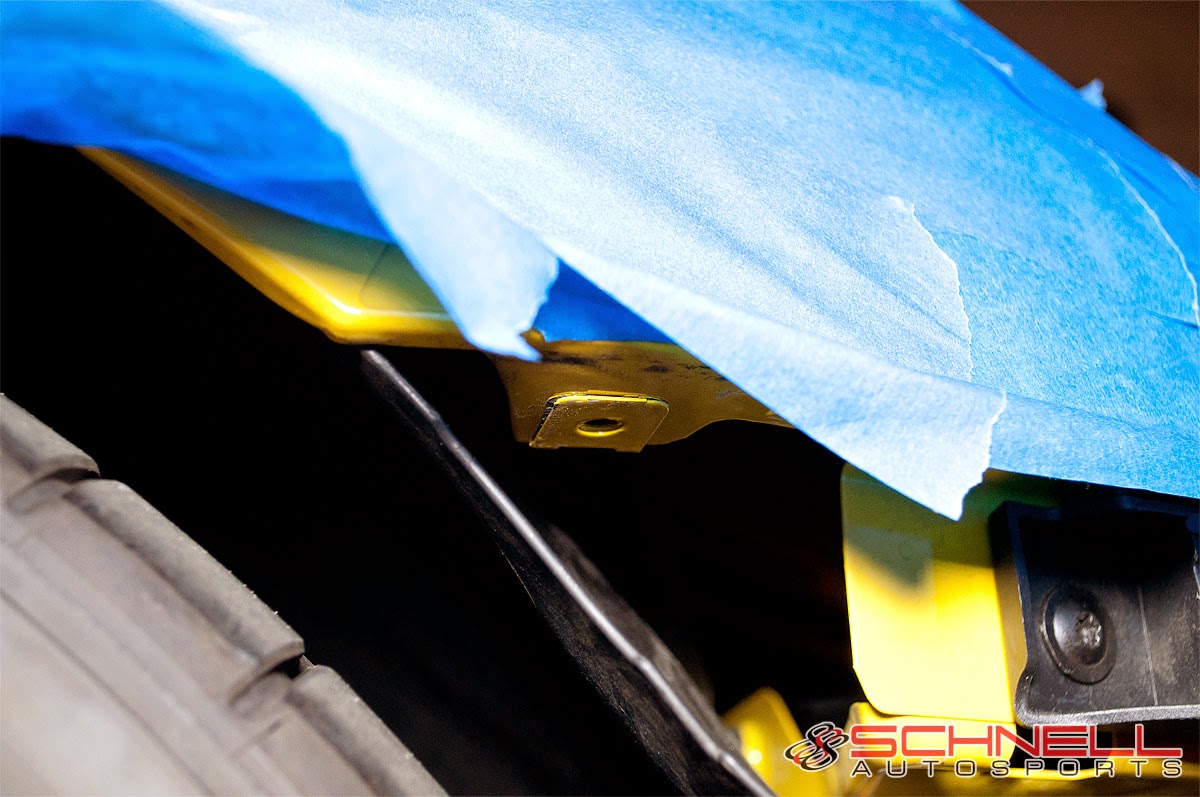 Going underneath the bumper, there are 9 screws that are readily accessible, so remove those (or 6 screws and 3 bolts if you have our protection bar installed).

With those 9 screws removed, all that's left is to remove the two large clips near the top of the bumper. The clips slide horizontally towards the center of the car. You may need to use a pair of pliers for better grip on the clips.

The front headlight washer is easy to remove from the fitting. To make sure it doesn't get damaged, we suggest removing the retaining clip that holds it on the fitting first before pulling it free (as opposed to just pulling the hose off).


The wiring harness is a little more difficult to deal with, as not only is it connected to the fog lights and sensors, it is also attached via zipties to the bumper, and you only have a small amount of room to work with to detach everything.


There are a few ways to attack this, and we opted for the two-person method, where one person has the bumper held away from the car while the other person disconnects the connectors. We opted to just cut the zipties that hold the harness in place, as it is easier to just replace them with a different cable strap mount (ours came with non-reusable mounts, and we replaced it with reusable mounts) when the bumper is off. 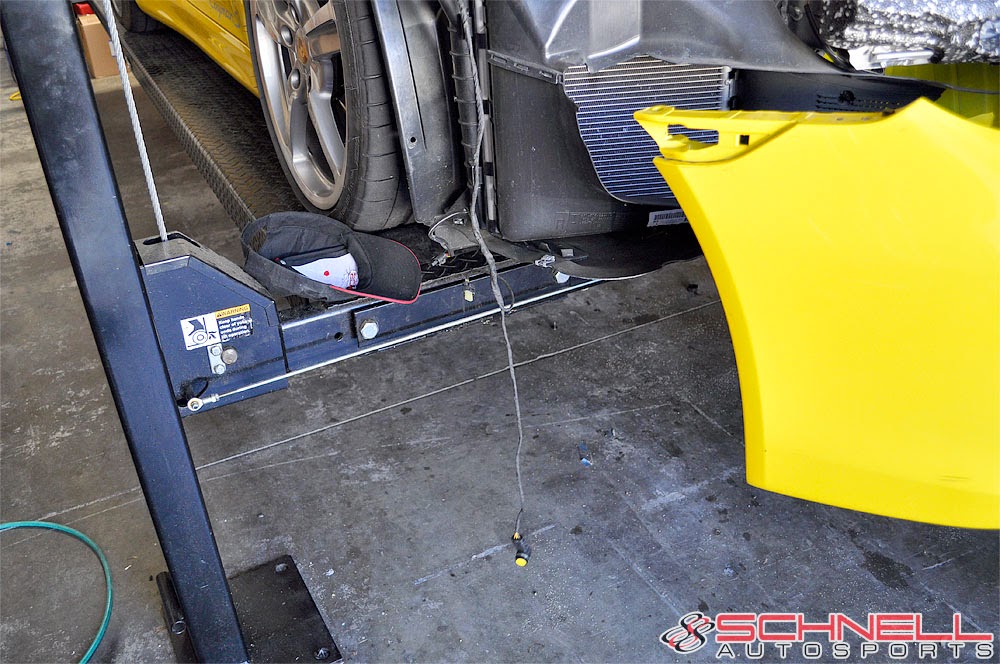 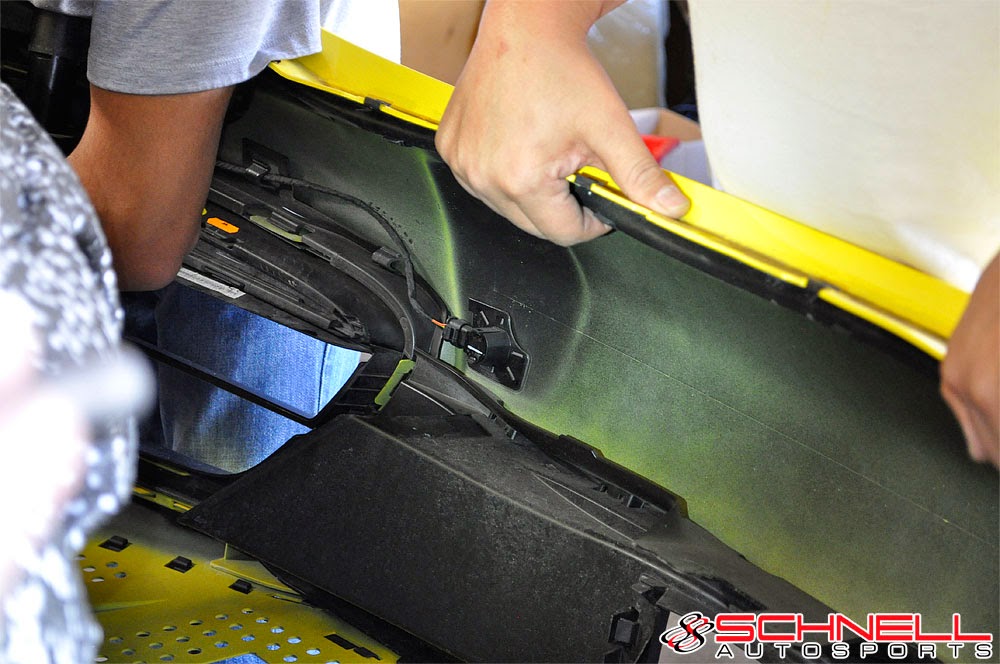 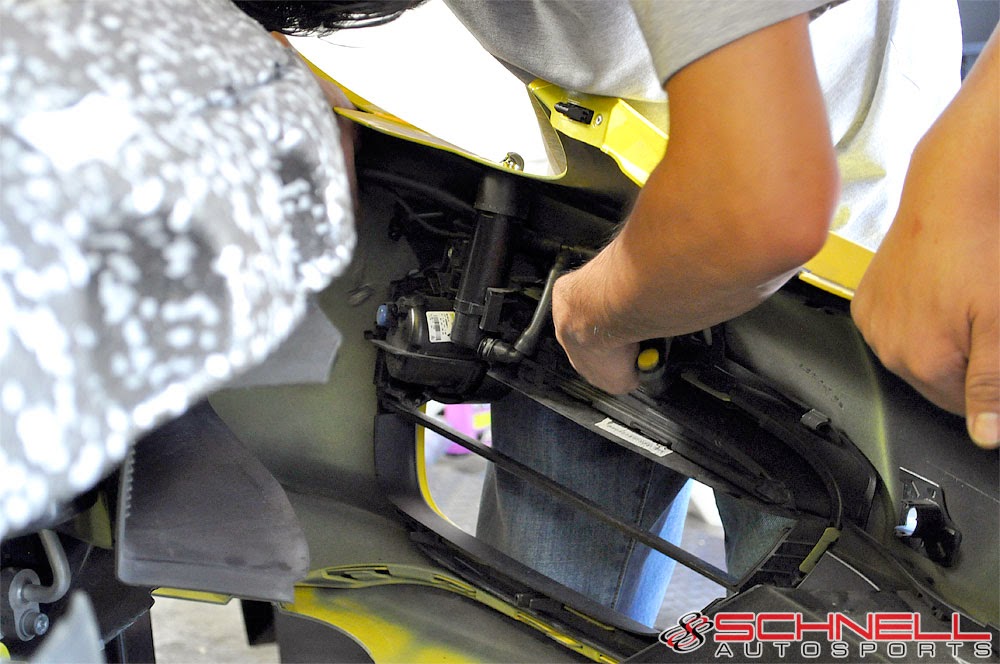 Once you have the harness completely disconnected, you can now completely remove the bumper from the car and set it aside and get ready to drain the coolant system in preparation for the center radiator installation. 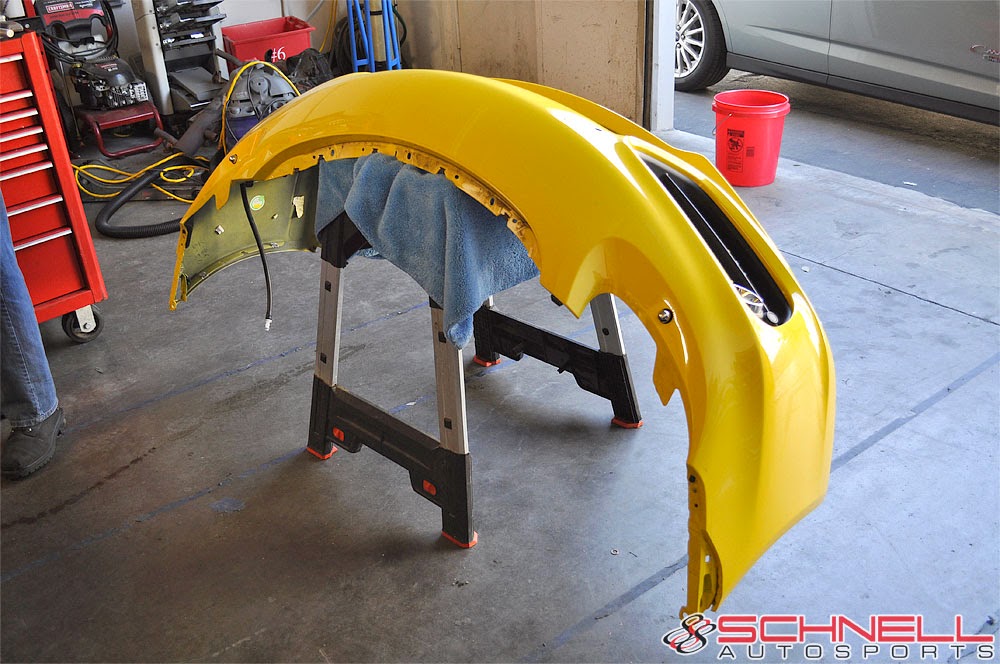