Looking to give the rear of your 981 Boxster or Cayman a little more flash?

When the 981 Boxster and Cayman GTS were introduced, they brought with them some new styling cues, most notably a new bumper design, and a rear diffuser that works in conjunction with the front bumper to change how the air flows underneath the car vs the non-GTS models.

Putting on the GTS rear diffuser may not give you the same benefits that you would get on an actual GTS, it will however, make things a little more interesting looking for everyone you show your taillights to (whether in traffic, or on the track).

While changing the front bumper is an expensive and time consuming process, putting the GTS' diffuser on your non-GTS 981 is a fairly simple and quick process.


Before you begin, here's a quick rundown of things to watch out for:

Other than those things to keep in mind, the process requires minimal tools - there are only 6 Torx head screws to remove (3 per side, with two obvious ones at the bottom edge, and one hidden behind the diffuser near the center, all T25), and beyond that, it's just all clips, so a small panel clip removal tool, or even a thin flat-head screwdriver with tape wrapped around the tip (to prevent marring of the plastic) will be fine. A flashlight would also be helpful to see the location of the hidden screw.

These instructions apply to both sides, so we'll only cover the removal of one end.

The first step is to remove the 3 screws. Removing these screws allow the bumper and retaining frame under the diffuser to move around, making the removal process easier. 1 of the screws (the one nearest the fenderwell) doesn't actually attach to the diffuser, but removing it will allow you to move that edge of the bumper around to make alignment of the new diffuser easier. The hidden screw is near the center opening facing inwards. 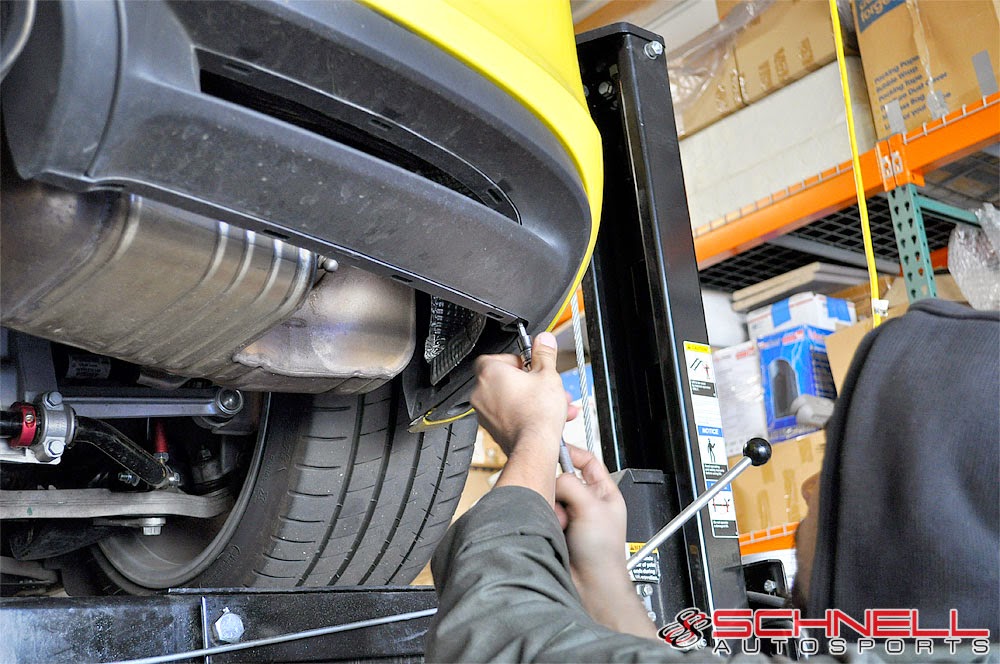 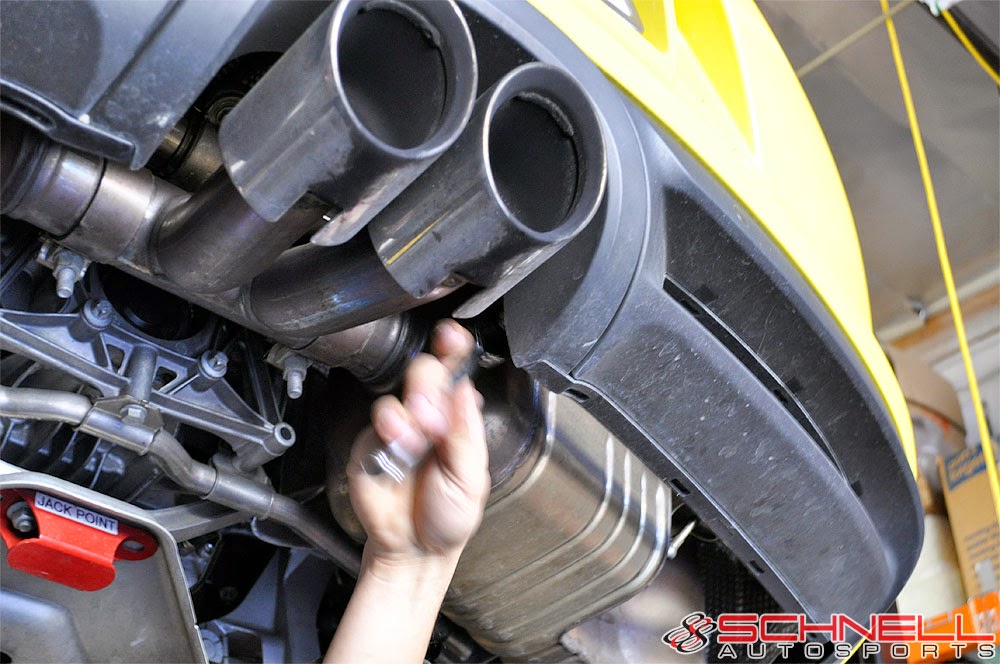 With the screws removed, we opted to free the top edge of the diffuser from the bumper. There are tabs on the diffuser that go into slots on the bumper, and some persuasion with your panel removal tool/screwdriver and a few firm tugs will release them. If your vehicle comes installed with parking sensors, make sure to reach behind the diffuser once the top edge is freed, and pop the sensors out. They are only held in place by weak plastic tabs, so it should take minimal effort to release the sensors. 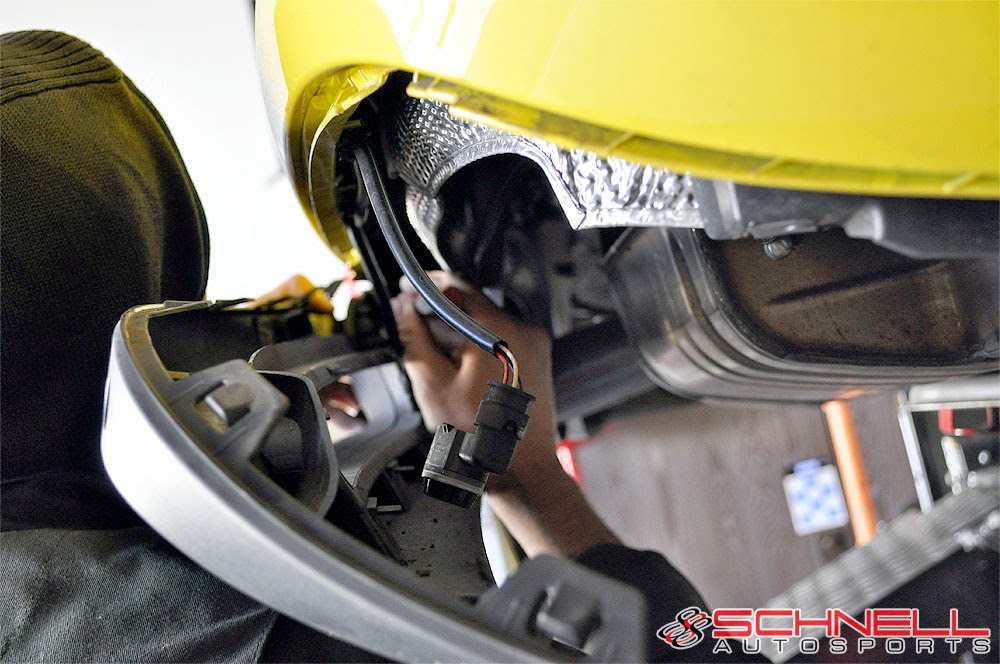 With the sensors out of the way (if so equipped), and the top edge free, all that is left is to release the remaining tabs and slots on the retaining frame attached to the car from the tabs slots on the diffuser. 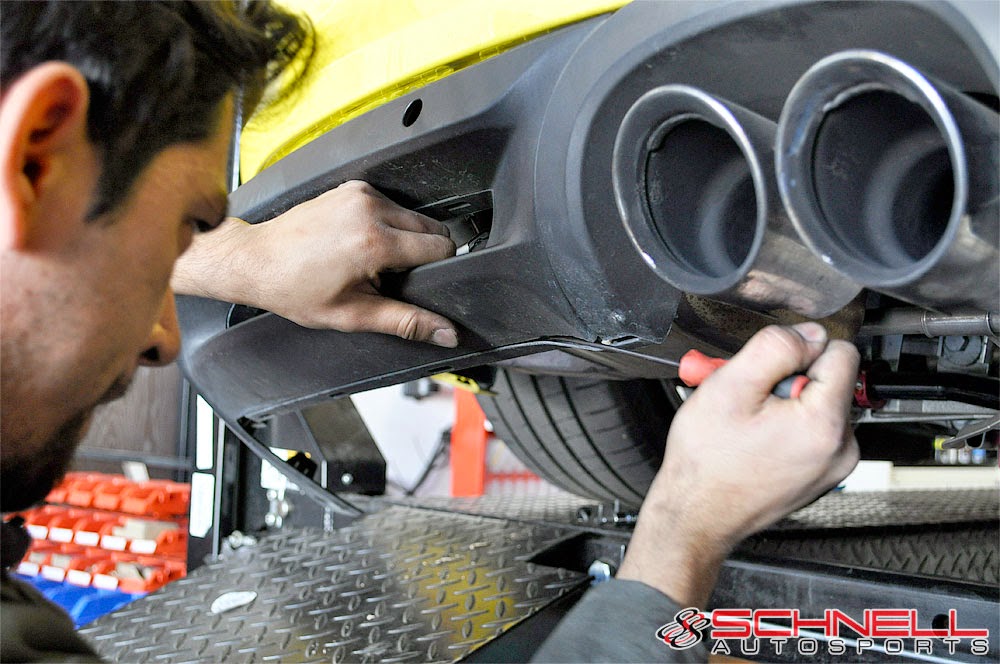 With the diffuser released from those, all that is left are the tabs that connect the diffuser to the center trim piece.

This is the part that people find difficult, because of the three tabs that attach the diffuser to the center trim piece, the top two are both tabs and slots, so you will have to play around to find a method to release the tabs from the slots on the tabs. Once you figure out one, the rest will be far easier. 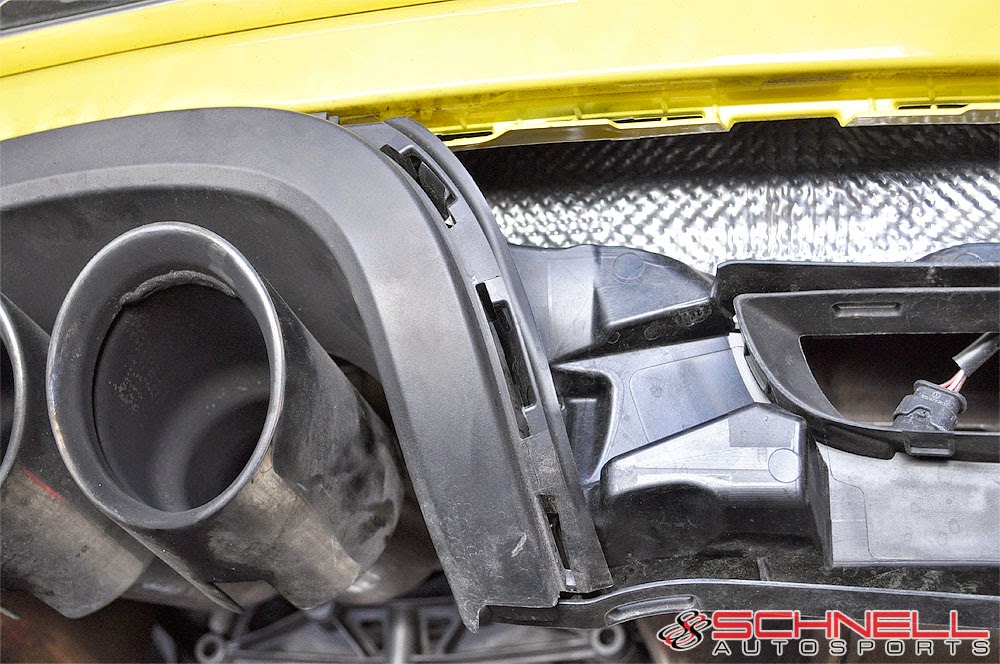 Once you finally get the diffuser unclipped, it can be removed altogether, and the new diffuser installed.

We opted to install the sensors into the new diffuser first. They will push in and seat easily, and they will only insert into the diffuser in one position. 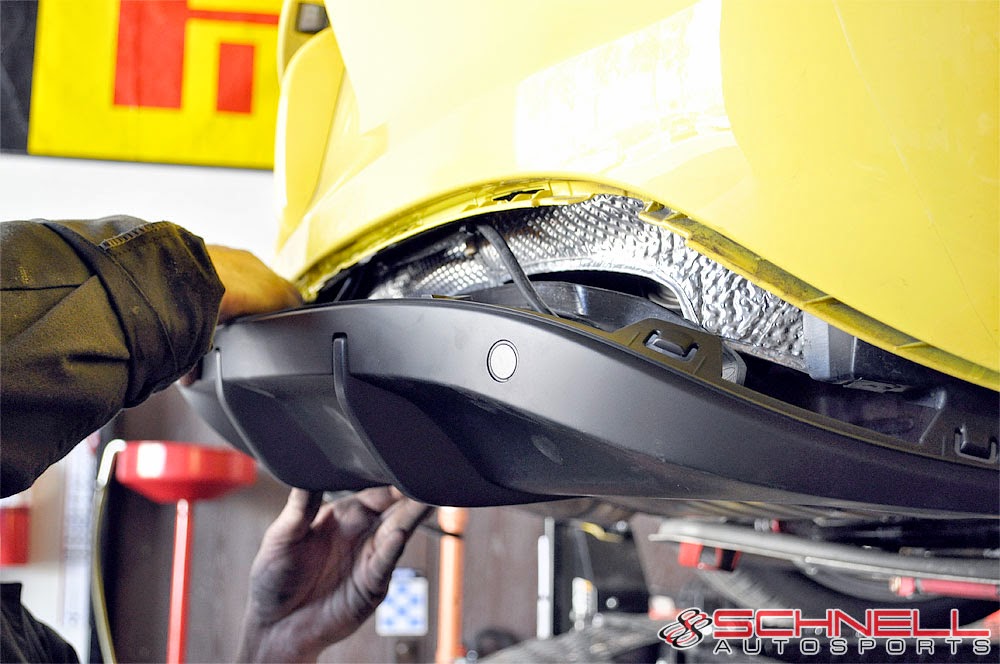 With the sensors in place (if so equipped), you can then install the diffuser the rest of the way.

As the new diffuser does not have a middle opening, you only have to worry about the top and bottom tabs of the new diffuser, as well as the tabs on the side that attach it to the center trim piece.

You can start with the top or bottom tabs first, and in our case, we started with the top tabs, pushing the new diffuser into place so that it's tabs engage the slots on the bumper. Once the diffuser attached to the top slots, we attached the bottom tabs, making sure everything clicked into place. After that, we attached the diffuser to the center trim piece. While the top and bottom tabs should click in fairly easy, it took a little more force to get the side tabs to properly engage. 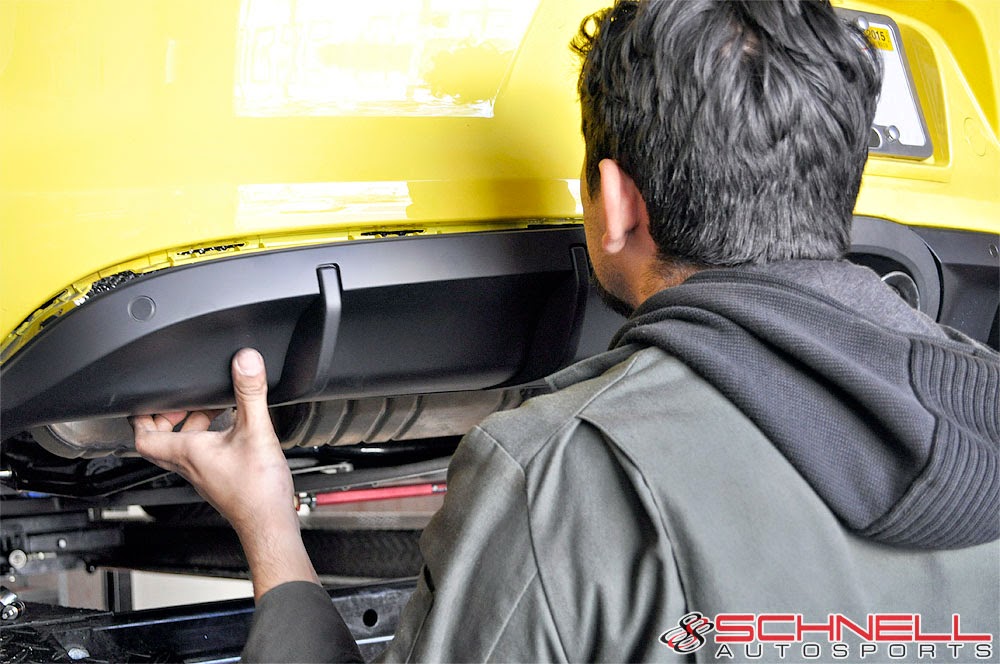 Once you have the center tabs in place, double check to make sure the top and bottom tabs are fully engaged, and everything looks like it's seated correctly. 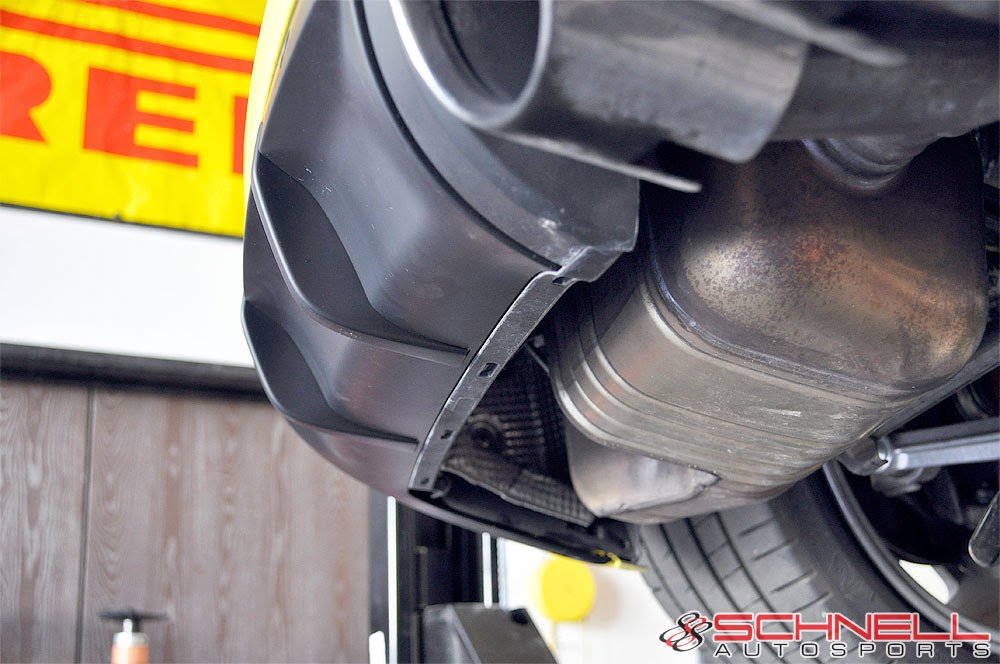 With everything seated properly, reinstall the screw nearest the fenderwell. You may have to move the bumper edge around to get the tabs to align again, but it shouldn't take too much effort for that either. 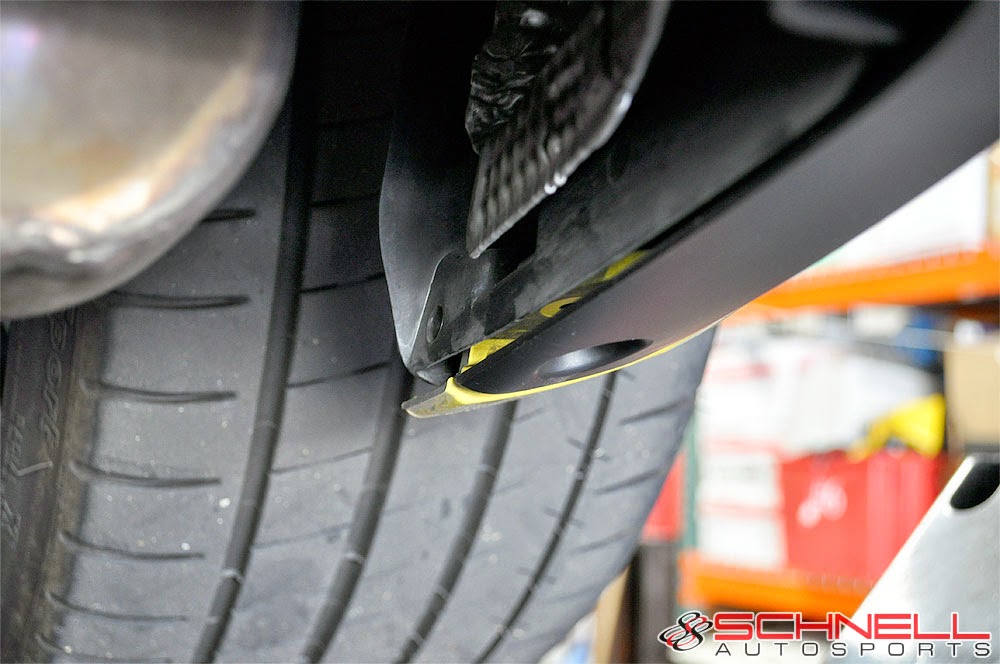 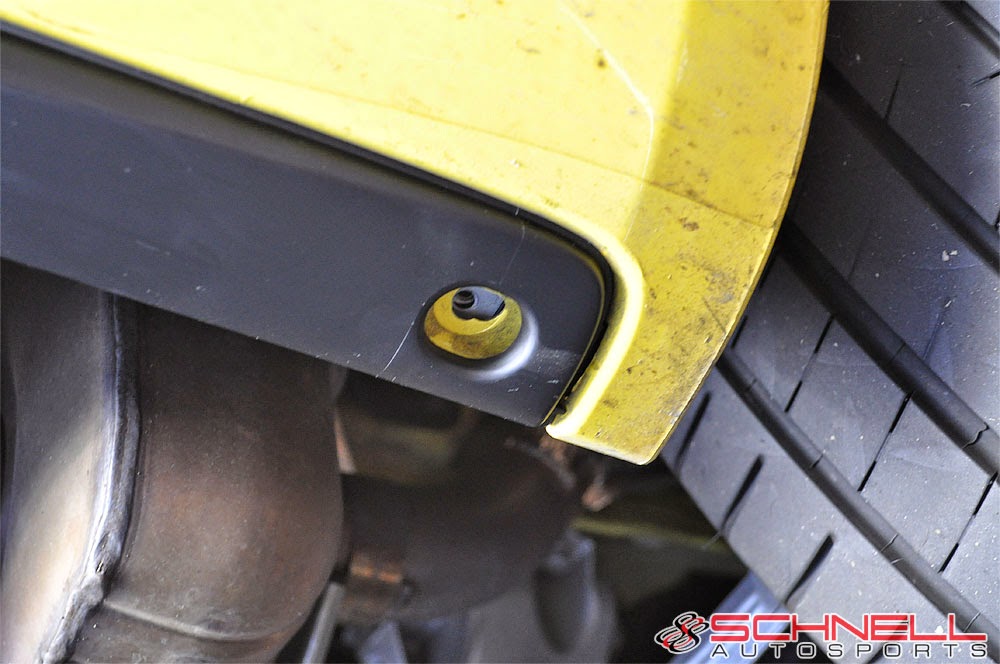 Reinstall the two remaining screws in the same locations they were removed from, and you're done! 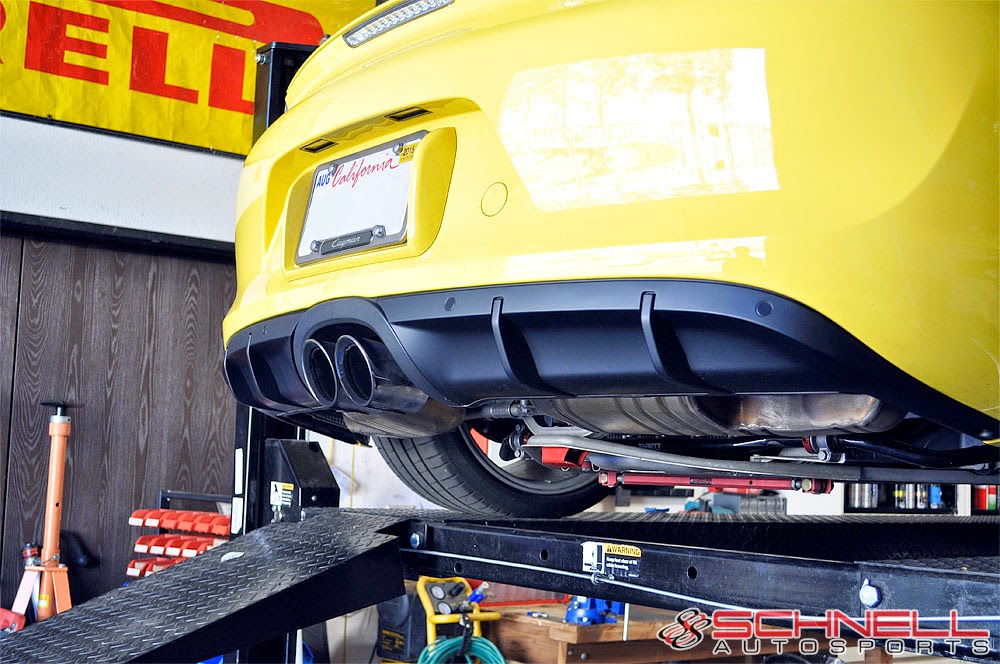